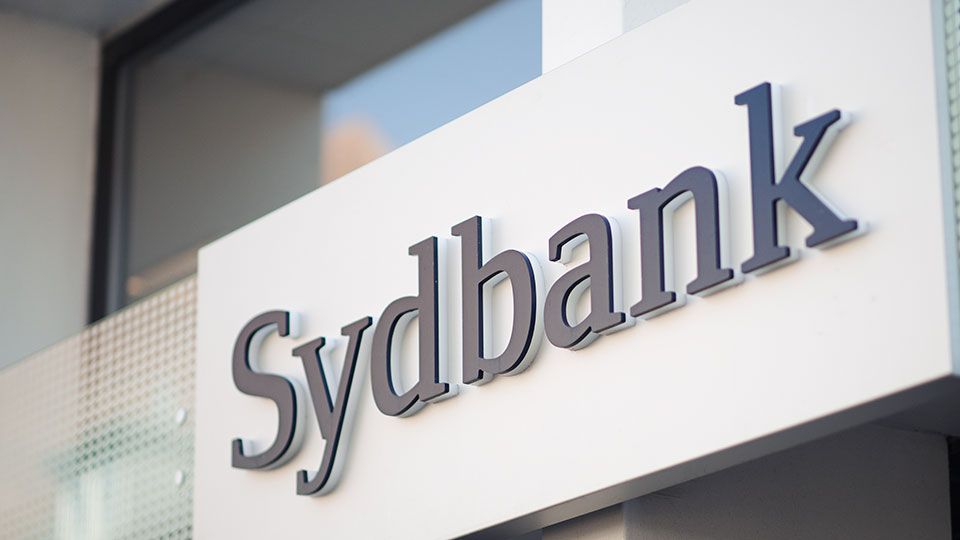 Although its roots date back more than a century Sydbank was first established in 1970 through a merger of four local banks in Southern Jutland. In the 1980s the Bank began expanding its domestic branch network outside Southern Jutland.

In 1990 Sydbank merged with Sparekassen Sønderjylland, the largest savings bank in Southern Jutland, which gave the merged entity the leading market position in that area.

In 1994 Sydbank acquired the sound, basic banking activities of Varde Bank (which was then in financial difficulties) and, it acquired the basic banking activities of Aktivbanken from its insurance company parent, Topdanmark. Purchasing the core businesses of Varde Bank and Aktivbanken doubled Sydbank's business volume as well as the number of staff.

In 2000 Sydbank obtained its first rating from Moody's.

In the years following the turn of the millennium Sydbank grew and is now nationwide. In 2002 Sydbank acquired Egnsbank Fyn and in the ensuing years it set up a number of branches in central Jutland and North Zealand. In 2002 Sydbank established a subsidiary bank, Sydbank (Schweiz) AG, however in 2011 the activities were transferred to Sydbank in Germany – now home to the Bank’s foreign private banking operations. In 2008 Sydbank acquired bankTrelleborg.

Sydbank strives to conduct its business on the basis of clients’ requirements in a profitable and sustainable manner. Clients want a decent, responsible and reliable bank. A bank with sound values but also a solid and profitable bank. Sydbank is such a bank.

Sydbank is a modern bank that evolves in line with today’s demands. However Sydbank also focuses on strong fundamental values – values that are reflected in the way we conduct business – with the broader community, our clients, our staff and other stakeholders. We strive in all contexts to create value through excellence and our ability to create relationships.

Sydbank is an enterprise operating as a responsible player in society while respecting its business goals.

The Bank is conscious of the significant socio-economic responsibility that its role as finance provider, securities trader and payment intermediary involves and this is reflected in the Bank’s policies and efforts to solve tasks as rationally as possible.

Sydbank’s activities include reporting certain information to the public authorities concerning clients’ financial circumstances. In connection with pension savings, the Bank calculates the direct and indirect taxes payable, withdraws these amounts from customer accounts and transfers them to the authorities.
Moreover the Bank has developed a set-up to prevent the Bank from being used in connection with money laundering activities or other criminal acts.